Fort Smith is the third-largest city in Arkansas and lies on the Arkansas-Oklahoma state border along Interstate 40. Fort Smith is a major transportation hub for the surrounding region. It sits at the crossroads of two major interstate highways, is surrounded on three sides by the Arkansas River, and is served by two regional/switching railroad companies and a busy regional airport. The University of Arkansas Fort Smith is recognized as one of the state’s leading higher education institutions, welcoming nearly 7,000 students from across the country. Fort Smith’s Chaffee Crossing is a thriving residential and commercial district, with more than $2 billion dollars in development since its inception. Chaffee Crossing is home to the rapidly growing Arkansas Colleges of Health Education, which is the first and only private institution in Arkansas dedicated solely to healthcare and wellness. Ebbing Air National Guard Base in Fort Smith houses the 188th Wing and was chosen as the new site for an elite training program for F-16 Fighting Falcons. Recognized as a town with “true grit,” Fort Smith’s rich Western legacy is evident throughout the historic downtown and riverfront, culminating with the national U.S. Marshals Museum, which honors the country’s more than 240 year old marshals law enforcement service. 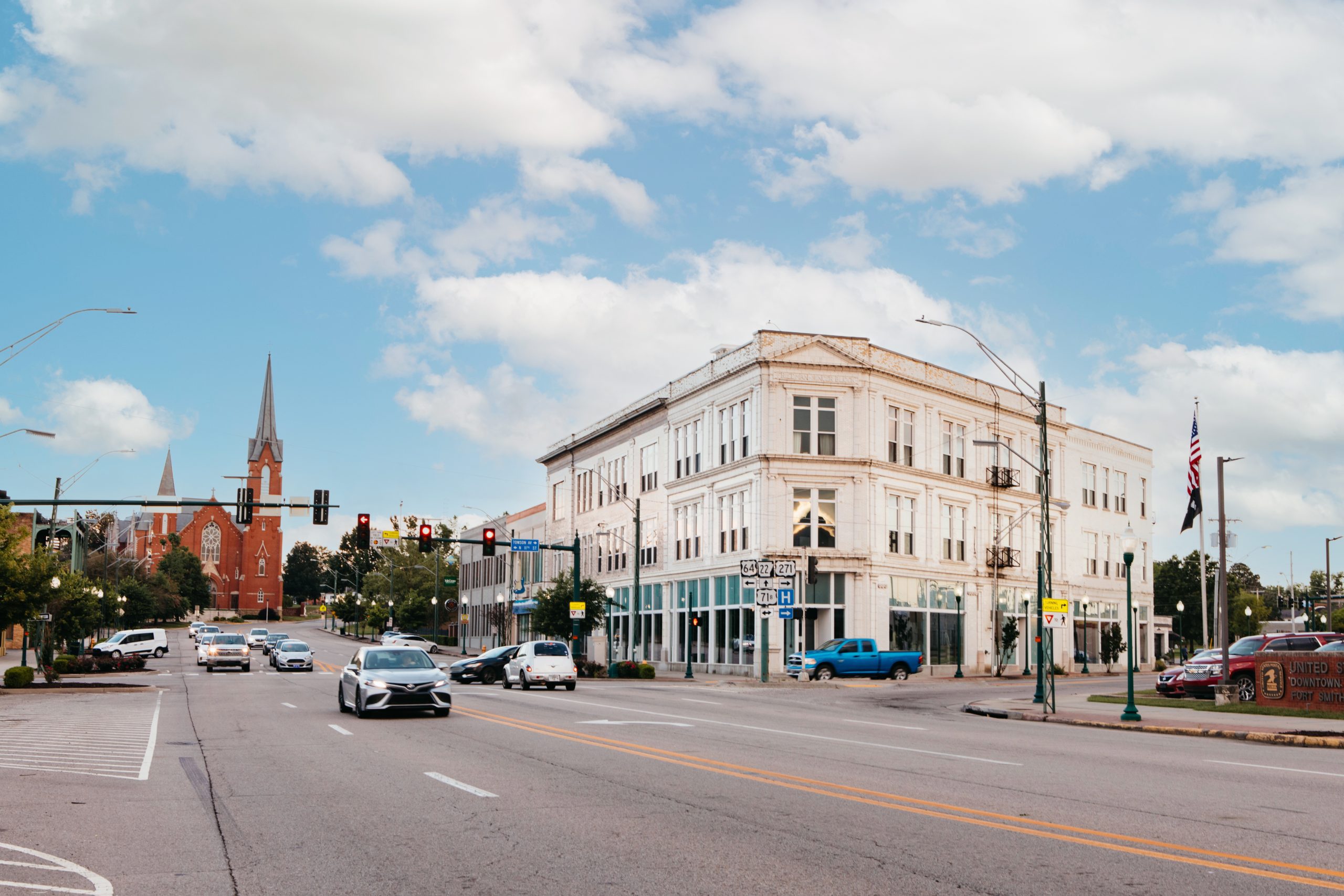 Population and median household income information is based off 2019 data provided by the U.S. Census Bureau. Cost of living index figures were sourced from Bestplaces.net.